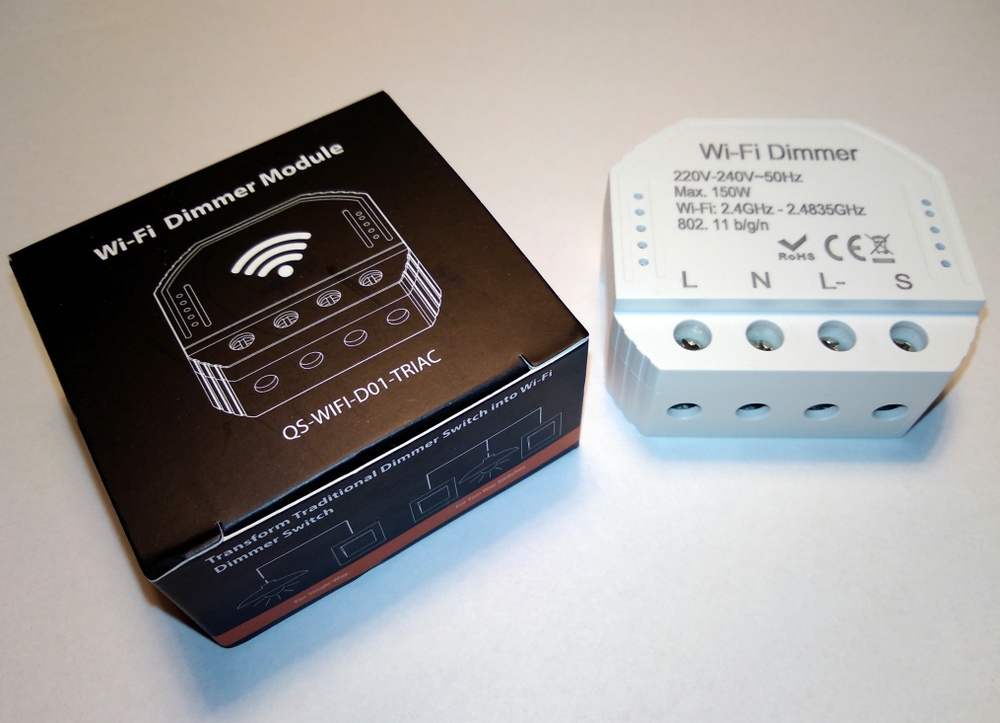 The Dimmer has a LM1 ESP8266 module with 1MB Flash onboard, combined with a STM8 MCU on a separate board. 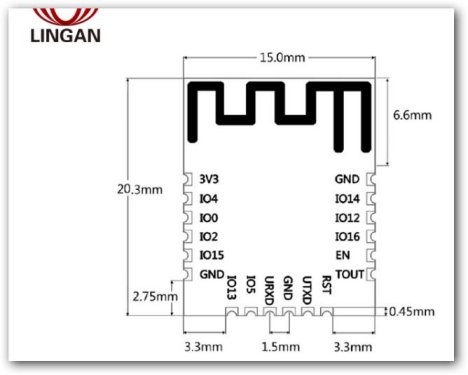 This dimmer is based on Smart Life / Tuya App. Tuya-Convert currently works, but could be patched with future firmware updates.

Follow all the recommended serial flashing procedures outlined in the Tasmota Flashing Guide.

The case can easily be opened by pressing both sides of the lower half of the case. One method to flash the device is to desolder the ESP/MCU module from the main PCB. 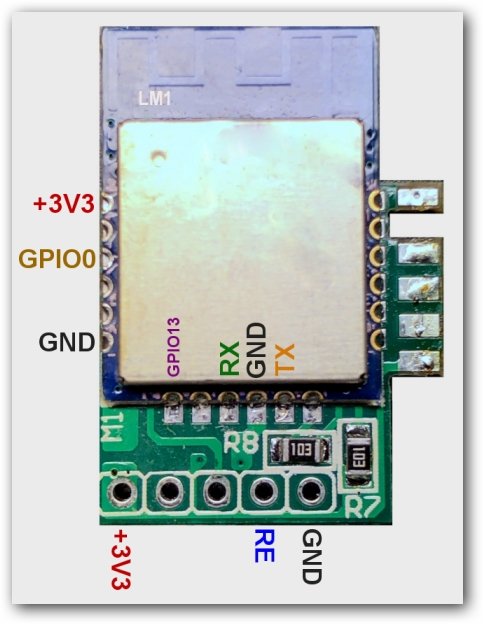 It’s also possible to flash the ESP8266 when the PCB is not desoldered, but it is a bit difficult to reach RX and TX. To get the module into Flash Mode, you have to connect RE and GPIO0 to GND (RE to GND disables the STM8 MCU while flashing). 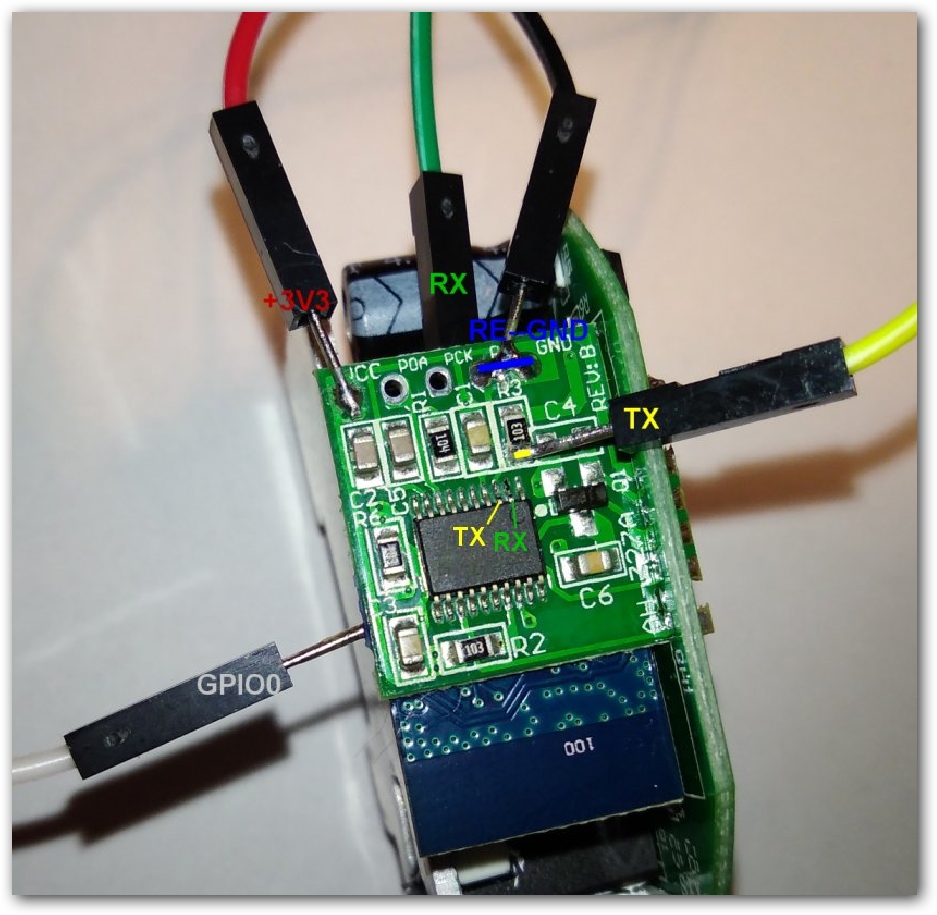 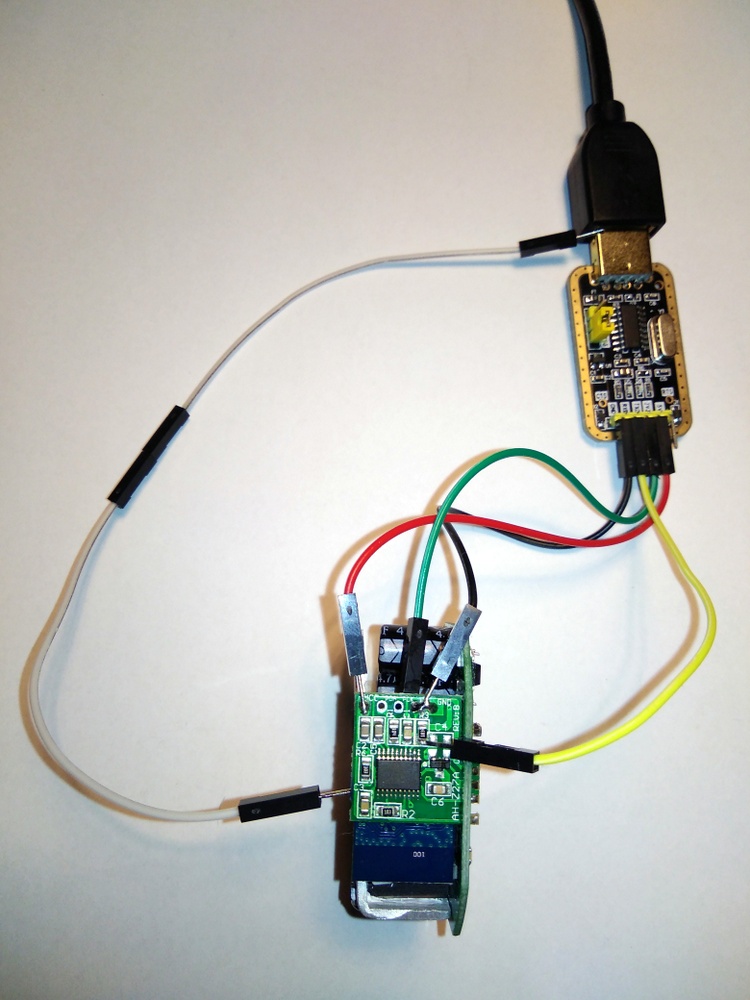 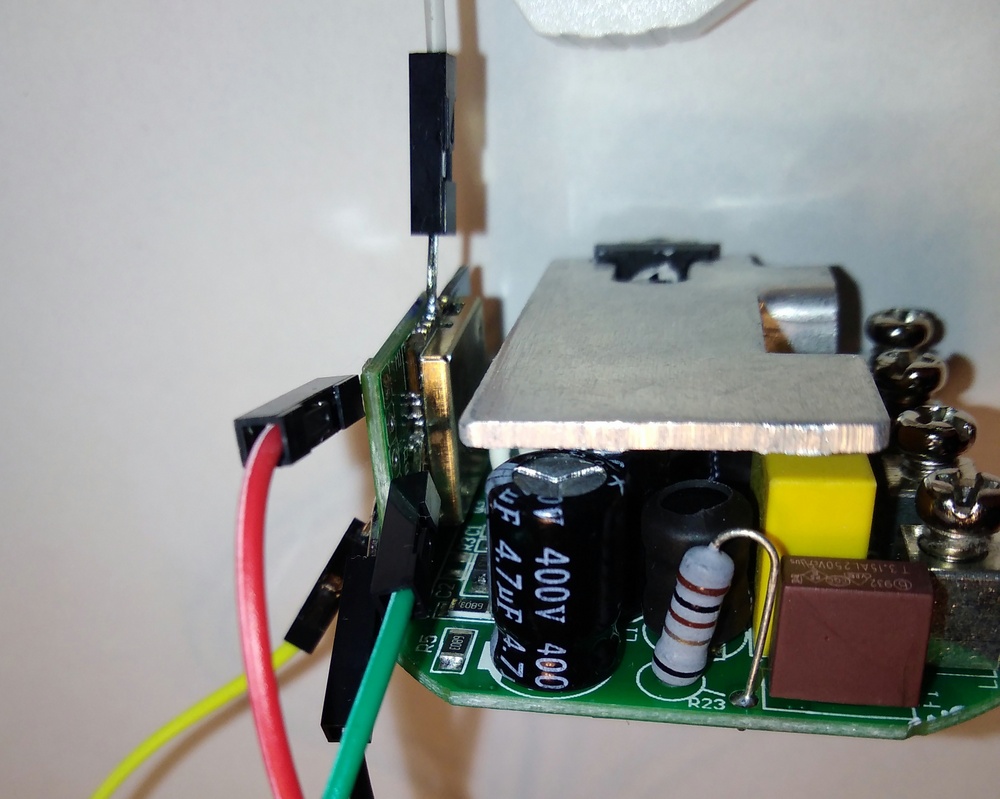 Use the Template from above or set the module as Generic (18) and assign the following components: 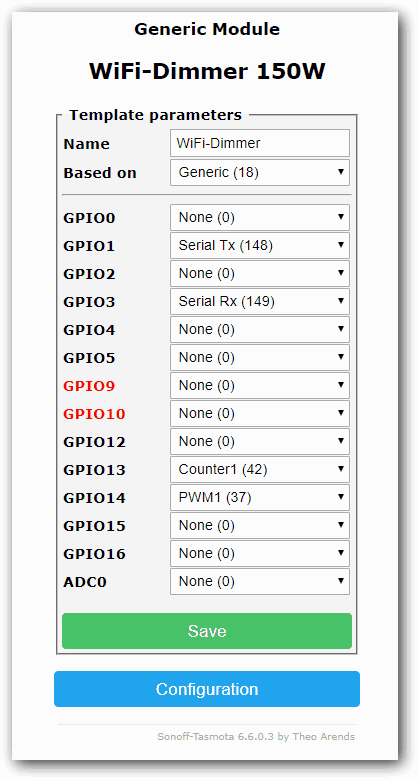 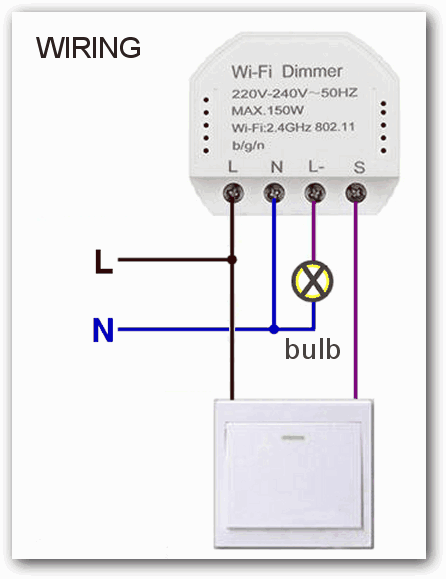 The S switch input is intended for push-button / conventional momentary switch control and detects the mains frequency when the button is pressed. This makes it special and therefore it requires a Tasmota Script for ON/OFF and HOLD (long press) dimming operation.

To use the script, you need Tasmota with Scripting enabled. Download unofficial precompiled firmware from development branch.

Once the device is flashed with Tasmota, open Configuration -> Edit script in the web UI and paste the contents of the script in the window. Then set the script enable checkbox and push Restart. To hide “Counter1” in the WebUI you can enter WebSensor1 0 on the Tasmota Console.

Whenever the button is pressed there are 50/60 Hz pulses on the S switch input. The frequency detection circuit (below) is connected to GPIO13 of the ESP8266 chip. 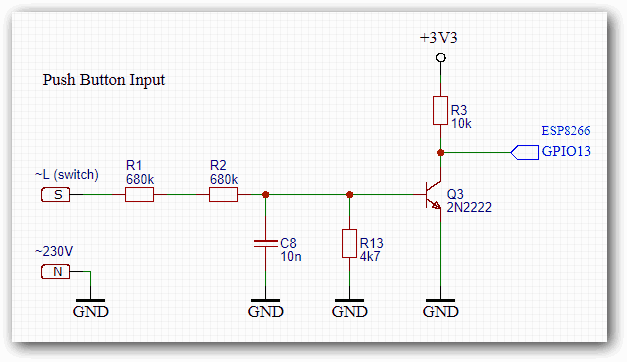 These pulses must be processed as a switching signal with a counter. The ESP8266 then sends commands accordingly via the hardware serial interface for dimming operation, which are handled by a second microcontroller (STM8S003F3 MCU). The serial communication at 9600 baud is simple, just one command with changing brightness xx values: FF 55 xx 05 DC 0A

What the Script does:

Switching in Tasmota is usually done by High/Low (+3.3V/GND) changes on a GPIO. Here, however, this is achieved by a pulse frequency when connected to a GPIO. These pulses are captured by Counter1 in Tasmota.

In the Data Section >D at the beginning of the script, the following initialization variables may be changed: 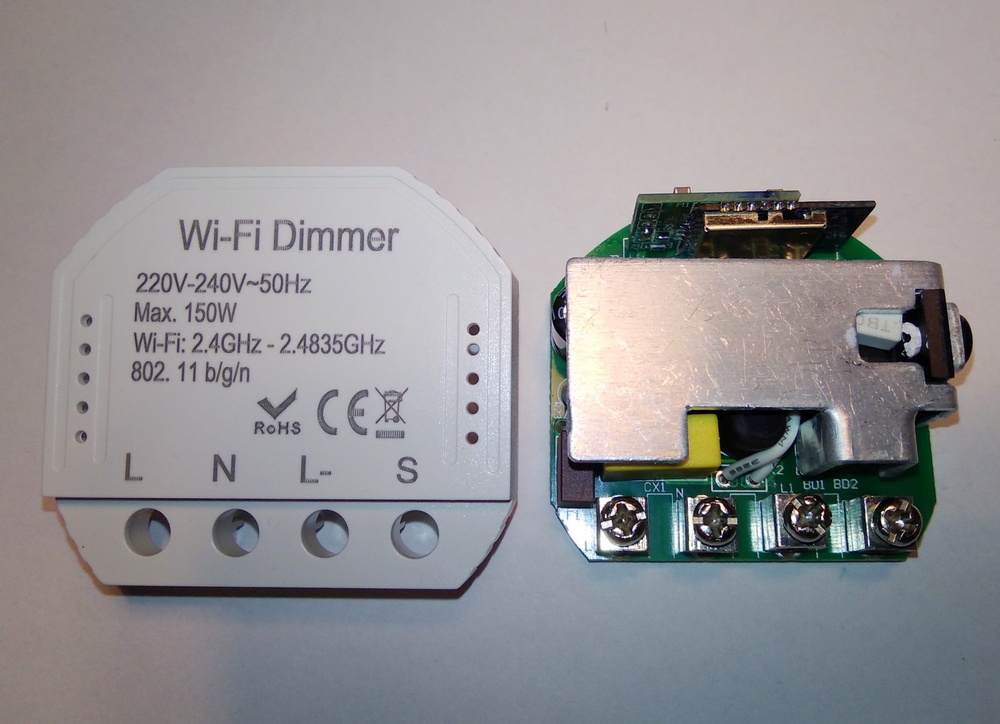 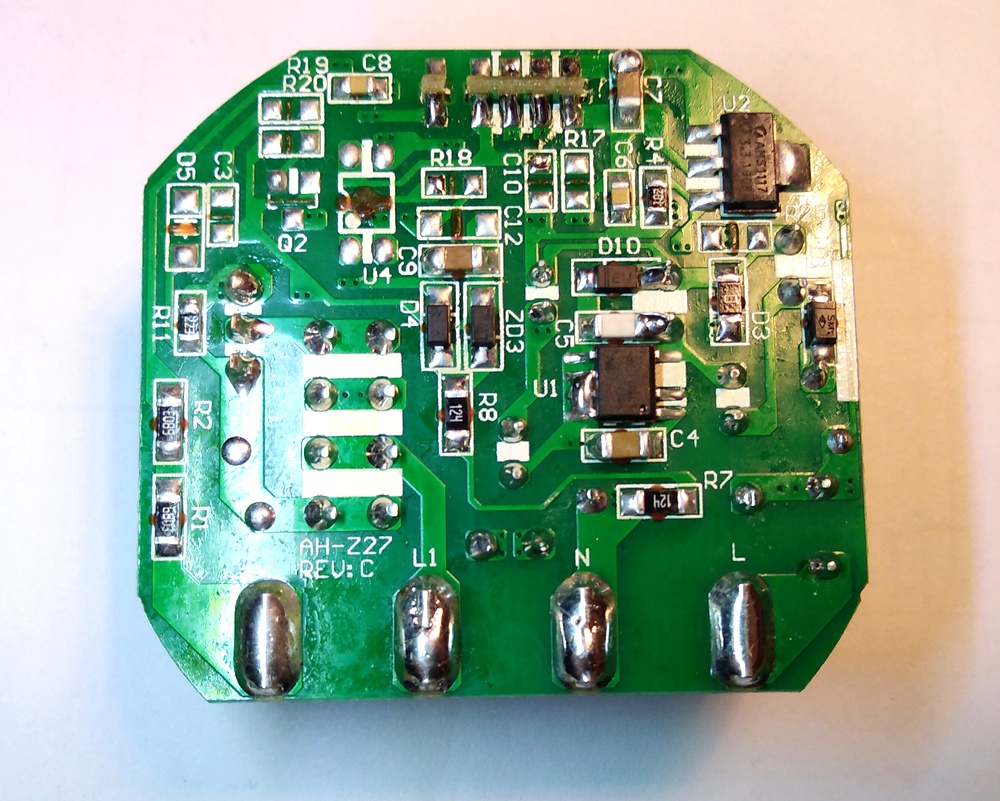 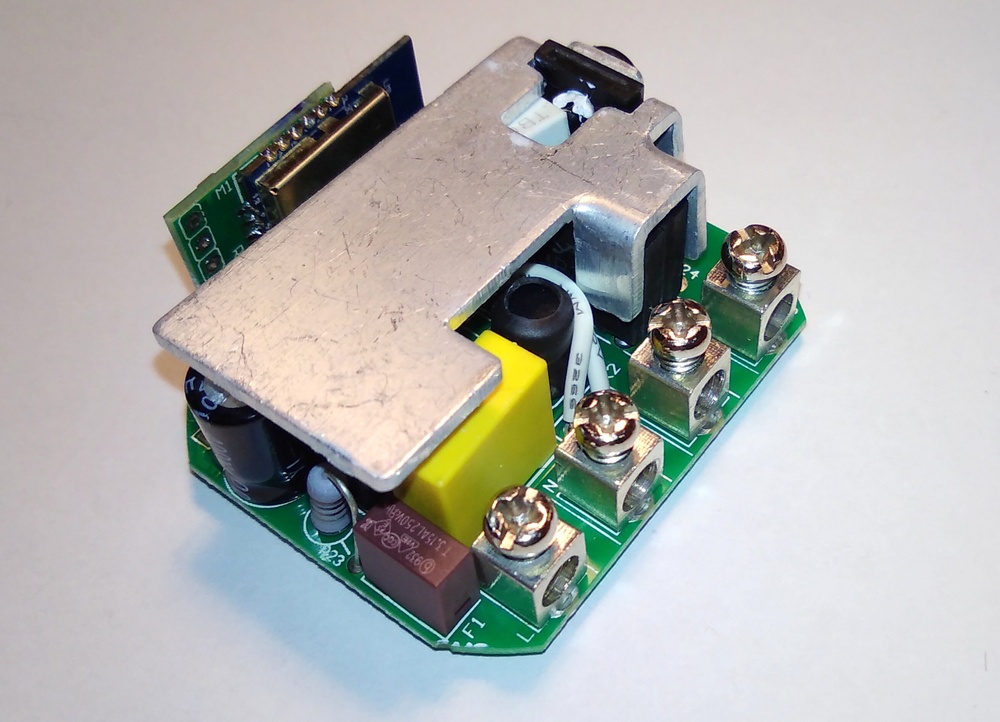 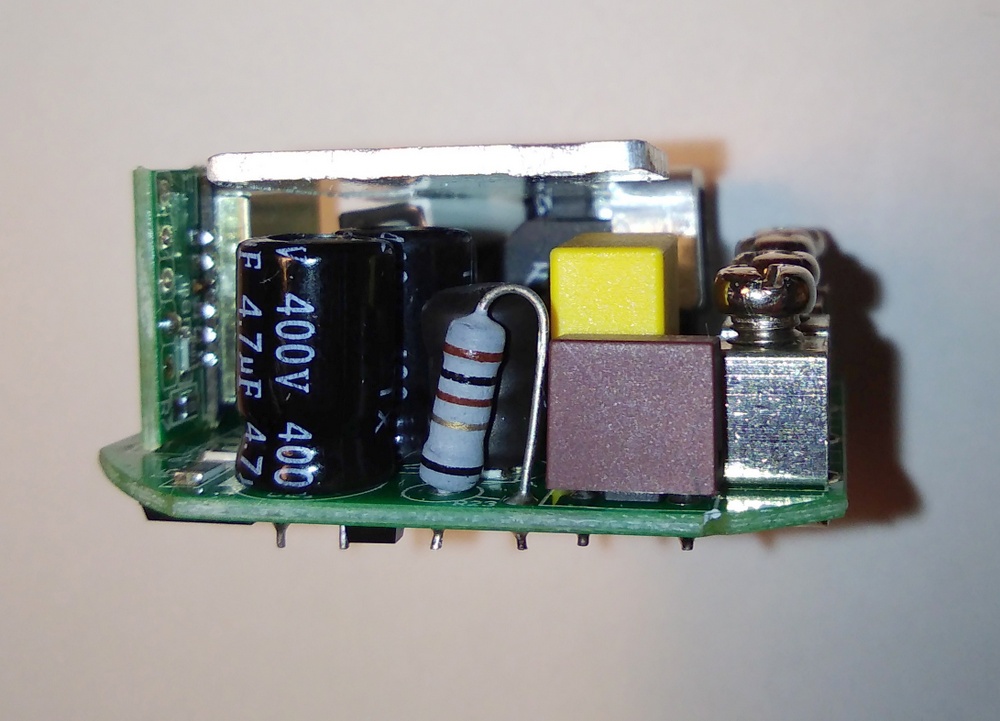 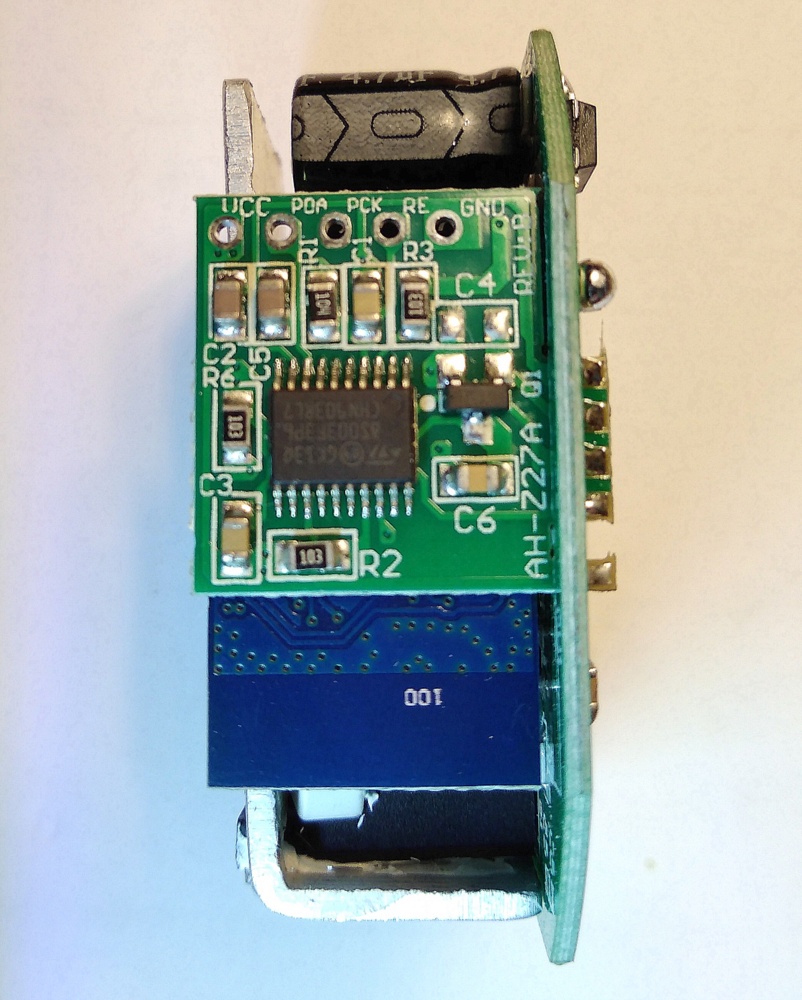